Skip to navigation Skip to content Skip to Footer

I’ve never been one to have a specific “road trip” plan in mind. I generally pick an approximate direction, point the car/bike in the vicinity of anything that looks remotely interesting on a map, website, atlas, or suggestion from someone. The idea for this blog, vlog, or internet clog if you will mostly began in June 2016. Wait, let me back up a couple of months. February 2016, I decided to pick up my first adult sized motorcycle. I had ridden a small trail bike as a kid, and the parents put the kibosh to that after a friend took it out and didn’t realize the right hand lever is the front brake and stuffed it into the mailbox down the street. Needless to say, my beloved Honda CT70 was sold at a garage sale for a measley $100 or so. Little did the parents know that in the 21st century they’d be worth a few grand.

Anyway, back to 2016. I bought a 2013 BMW F700GS after many long discussions with a friend in Chicago who had been riding consistently since he was a little tyke. I took the MSF, dusted off the old bad habits from my youth, and set sail for the inevitable nerve wracking adventures of sharing the lanes with the texting generation. In this time I took another dirt-oriented MSF course at Hidden Falls Adventure Park which gave me my first “real” taste of exploring single and double tracks. Over the next few months I rode almost daily. In June 2016, I had a week off work and decided to do my usual no plans trip. This time I went a step further and rode to Houston to trade my F700GS in on a brand new 2016 Triumph Tiger 800. I filled the side cases with everything I thought I needed and set sail for somewhere in Colorado. Why Colorado? Why not? I pointed the Tiger towards the Texas panhandle and did my best (read: worst) impression of Ewan MacGregor. I won’t bore with the details of how unprepared I was for 110 degree days through Texas, I was B-lining for a short family reunion in the panhandle, then off to Colorado to see what’s up there. Pikes Peak seemed interesting, and there was BBQ at the base of the mountain.

This led to a trip in the rolling hills of Southeast Oklahoma with a few friends. I had picked up a 2003 Land Rover Discovery 2 from a friend a few months prior just because I always enjoyed the look and feel of them. The next few days were spent running through the hills in the D2 and UTV’s with friends. All of this trip was off the grid, no power, no running water. BBQ pits, beer, good friends and the outdoors. This sealed it, I was immediately hooked and began the interest in overlanding.

June 2018 rolls around and I have a week of vacation to burn before it expires. What can I do? I now have a bone stock 2006 Land Rover LR3 since I sold the D2 to the Chicago friend above and missed it. I figured might as well point it somewhere with dirt. I was informed by a friend that every year in September they do a trip somewhere for his birthday that involves a bit of something outdoors. This is the kind of trip I wasn’t looking for, and I was immediately in. Off to Durango and Silverton to poke around the Alpine Loop I went.

I had ridden to Pikes Peak on the Tiger in 2016, however I was still in the mindset of being a new rider. I didn’t spend a whole lot of time doing anything except enjoying the new bike. I rode to Manitou Springs, then up to the summit, hung out in the gift shop to warm up because I’m an idiot not knowing it was 40 degrees at the top, then I rode back down as quickly as I went up. I spent the next few days enjoying Southwest Colorado and bits of New Mexico before heading back to Austin.

I’ll skip most of the Durango details since I didn’t spend more than an evening there. Durango is an awesome town, I can’t wait to go back and see a bit more of what there is to offer. I high tailed it to Silverton the next morning and hit the first trail on the south side of town, Old Lime Creek Trail. It was at least then I realized how capable the LR3 is, but that I spent the rest of that trail puckering everytime I saw a sharp rock waiting for the dreaded “pssssssssssssssshhhhhhhhhhhhh” sound of the inevitable puncture that was to come. Everything went far better than expected and my tires went unscathed. I did run into a small issue where my fan clutch seemed to be stuck engaged. Which was fine at low RPM, all my fluids were extremely chilly but eventually I’d have to head north on Highway 550 towards Silverton. I pulled over and let it cool off for a bit and it was fine. All I can think of is the LR3 computer purposely engages the fan a bit more when it’s run in low range for an extended period of time, which I had spent probably half of the 14 miles stretch of Old Lime Creek in 4 low with the diffs locked and traction control set to “helicopter parent.”

I headed up to Silverton where I grabbed a cabin at Red Mountain RV Park. I had all the essentials to snooze in the LR3 on this trip, but I wasn’t 100% sure what I was getting into for weather, terrain, or wildlife so I figured treat yo’self. The cabin was maybe the size of a Suburban inside, but it had a bed, bathroom, and a heater. Lets be honest all we need as men is a bathroom. I can make a shower out of a water bottle, but I do enjoy a few minutes of privacy. Not to mention isn’t that when we appear most vulnerable to bears? I’m not ready to fight off a bear…yet. I hit County Road 2 around noon and headed up to Animas Forks.

The road was fairly busy with the usual early season tourist, not unlike myself. Tons of UTV’s, ATV’s, and an assortment of various types of vehicles. I even saw my first Earthroamer shortly before possible death as I had to pull over to the edge so it could get by, all 10ft wide of it. Neat rigs, but almost beyond massive for some of these roads. I can’t imagine how one would even attempt the switchbacks of Black Bear, Engineer, or Cinnamon passes.

But I digress. My LR3 is nothing terribly special, it’s a bone stock 2006 LR3 with the HD package which sounds far more intense than it really is. The HD package simply adds a locking rear diff and a full size undermount spare wheel. It has brand new Yokohama YK-HTX’s in 265/60/18. They are 6 ply XL rated Mud and Snow tires, very similar to the Michelin LTX M/S. I was quite worried these tires would be my Achilles heel on this roads with all the sharp rocks, but I managed to make it through unscathed. The LR3’s terrain response is a thing of brilliance. In my head, what kills tires is wheelspin on sharp rocks mostly. I didn’t experience a hint of wheelspin anywhere on the trails, which was quite surprising. The D2 traction control relied on wheelspin to gauge where the traction was. You’d give it consistent throttle input and it would just “sort it out.” Not the LR3, it’s leaps and bounds ahead of the D2. It went up, through, and over anything I put in front of it. I basically felt like it was asking me “Really? That’s all you got? Give me a challenge.” I’m sure there are tons of other vehicles that can do the same, but this one’s mine and it’s my first one with all the usual good off-roady bits. Not to mention nobody is getting any Jeep with locking anything for under $15-20k at the bare minimum. Land Cruisers, 4Runners, Xterras are still north of $10k as well. I stumbled across this soccer mom, and yes that’s who it was purchased for, for a song from a dealer who just “couldn’t sell to his demographic” so I got it for what he had in it, according to the honest truthful used car salesman of southwest San Antonio. 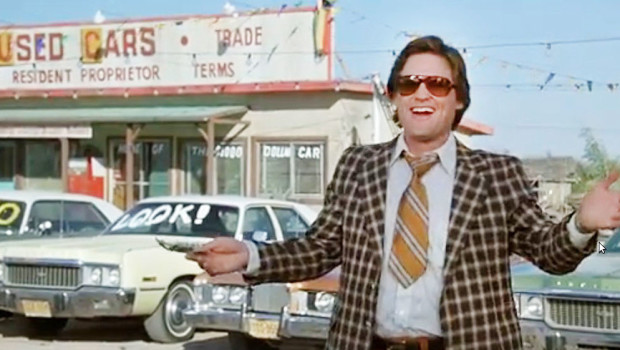 Air suspension is fun as long as it works. I fought errors with this up until the week I departed on this trip. In the end, I replaced the front, center, and rear air valve blocks and this solved all the suspension errors. It goes up to the clouds, and down to the bargain basement where I buy most of my clothes. Can’t wait for the upcoming September trip, it’s going to be one for the books.